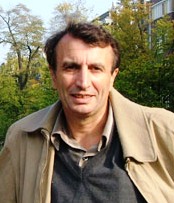 The IEEE (Institute of Electrical and Electronics Engineers) Board of Directors elevated Prof. Yakov Krasik to IEEE Fellow, effective 1 January 2021, “for contributions to plasma-based electron sources”.

In addition, Yakov also won the IEEE Magne “Kris” Kristiansen Award. The Kristiansen award is given to recognize individuals for outstanding contributions in experimental nuclear and plasma science with preference given to areas within the broadest scope of plasma sciences encompassing the generation of strong pulsed electromagnetic fields including their interaction with plasmas and other pulsed power applications

An IEEE Fellow is a distinction reserved for select IEEE members whose extraordinary accomplishments in any of the IEEE fields of interest are deemed fitting. Each year, following a rigorous evaluation procedure, the IEEE Fellow Committee recommends
a select group of recipients for elevation to IEEE Fellow, the highest grade of membership in the IEEE. Less than 0.1% of voting members are selected annually for this member grade elevation.

Congratulations, Boss! This is a great honor to all of us!

Our PhD student Yang Cao is one of the two winners of the 47th International Conference on Plasma Science (ICOPS 2020) Best Student Paper Award.  Yang also won the award in 2019.

The Igor Alexeff Outstanding Student Award recognizes outstanding contributions to the field of plasma science and technology by undergraduate or graduate students. It is a prize of $1000 and a certificate funded by the IEEE (Institute of Electrical and Electronics Engineers) Nuclear and Plasma Sciences Society’s Plasma Science and Applications Committee. The prize will be presented at the 2020 International Conference on Plasma Sciences (ICOPS) to be held in Singapore.  Our congratulations to Alexander!

The Israel Society for Plasma Science and Technology Applications (IPSTA) is a division within the Israel Vacuum Society (IVS), serving as a home for those in the community of researchers who work in various areas related to the science and technology of plasma.

As part of its activities, IPSTA arranges annual conferences, sponsored by IVS. So far, IPSTA has organized the annual scientific meetings. The 2019 IPSTA annual conference as part of Israel Vacuum Society conference was remarkable by our Ph.D. student Mrs. Meital Siman-Tov lecture.

She presented her experiments and results. At the end of the conference Meital was awarded the Goldsmith Prize for this work. Our congratulations to Meital!

Our Plasma Laboratory Head, Prof. Yakov Krasik spend his sabbatical academic vacation in Prague on Czech Academy, in Science Institute of Plasma Physics. His Czech colleague Dr. Karel Kolacek, prof. Yakov Krasik and the Institute team members are working on the design of new experiments in high voltage generator hall of the Insitute

The Nuclear and Plasma Sciences Society (NPSS) Awards were presented during the 2019 IEEE (Institute of Electrical and Electronics Engineers) International Pulsed Power and Plasma Science Conference (Florida, USA). Among 65 considered applications of Ph.D. students around the world, only 4 students have received this award and among them 2 students from our laboratory.

Yang Cao : The interaction of a high-power sub-nanosecond microwave pulse with preliminary formed plasma in a waveguide and Alexander Rososhek: Shock waves generated by underwater electrical explosion of a single wire 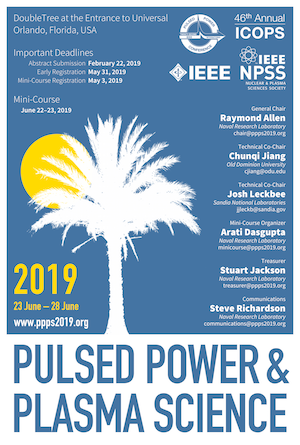 The winner of the 2017 Arthur H Guenther Student Award is David Yanuka. He has won Anniversary Award “for research on the implosion of shock waves generated by underwater electrical explosion of wire arrays”.

08 APRIL 2016  The Institute of Frontier Materials is hosting international experts in fibre and plasma technology. 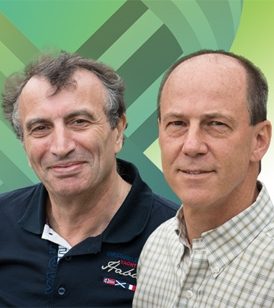 The 2016 Thinkers In Residence program has introduced two renowned scientists to Deakin’s Institute of Frontier Materials (IFM), Israel’s Professor Yakov Krasik and Professor Gregory Rutledge from the US, who have shared their knowledge about plasma and nanofibre research and how it can be applied to industry.
A world leader in plasma research and application, Professor Krasik, Professor of Physics at Technion in Haifa, Israel has been working with IFM’s Professor Jane Dai and her team on plasma research and possible industrial applications, building on the Institute’s growing reputation in this area. (A link to read full article)